A furious rally by VASJ came up short as Port Clinton held off the host Vikings, 49-40, in an offensive shootout on Sept. 28. The loss snapped VASJ’s three-game winning streak. The Vikings surrendered a touchdown on the opening kickoff, had difficulty stopping the running attack of the Redskins, and were hurt by a pick-six

VASJ sophomore BK Kwasniak continued to return to form rebounding from injury with an impressive 23rd place finish in the Blue Division at the Primeau Invitational at Gilmour on Sept. 27. Kwasniak led the Vikings with a time of 18:40.3. Jordan Ellul remained a spark for VASJ, finishing 50th (19:57.5). Davante Callahan, Phillip Davis and 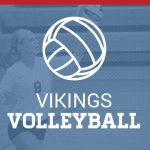 A confident VASJ team has long put behind itself a season-opening loss and is officially on a roll. The Vikings continued its strong defensive play and executed when needed offensively to defeat host Warrensville Heights, 21-12, on Sept. 20. It was the third straight win for VASJ, which takes a 3-1 record into a Week 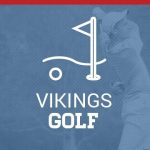 BK Kwasniak and Paul Wise each shot a team-best 93 to lead VASJ at the NCL Championships at Pine Hills on Sept. 18. Patrick Dunmire carded a 96 for the Vikings. No other VASJ golfer broke 100 on a very difficult course. VASJ finished with a 392 total, good for 8th place. Hoban shot 300

The 59th McDonough Invitational at Forest Hills Park was another overwhelming success with 51 boys and girls teams competing and an estimated 1200 runners in the field. For host VASJ, Dylan Barnett continued his stellar season finishing 10th in the Blue Division in a time of 18:43.21. Jordan Ellul finished 32nd and BK Kwasniak was 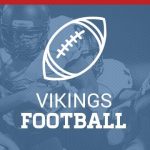 VASJ built the momentum off Week 2 to improve to 2-1 with a 17-0 shutout over visiting Waterloo on Sept. 13. After a tough loss on opening night, the Vikings have now won two straight and have not allowed a point since Week 1. “We prepared well and executed and did a lot of good